Homeless Period Ireland gathers sanitary products for girls and women who are experiencing homelessness, poverty or who are in direct provision or safe houses.

Tipp Collective is looking for volunteers to collect donations of products. Ideally we would like for local businesses to act as drop off points across Tipperary. The Green Sheep Café in Thurles (opposite Bowe’s pub) is first on board and will be accepting donations in Thurles.

We would like to have drop-off points in Nenagh, Roscrea, Carrick, Tipp Town and Clonmel if possible. All it involves is keeping a box for donated products on your premises and we will come and collect once a month and arrange delivery to local groups.

Even if you can’t get involved as a drop off point, consider picking up a pack of towels or tampons to donate next time you do your big shop.
If you or your business would like to get involved, please get in touch!

If you would like to learn more about period poverty and ways to help, Tipp Collective member Meg (@TheGoldenMej – The Social Seagull) has written an overview here. 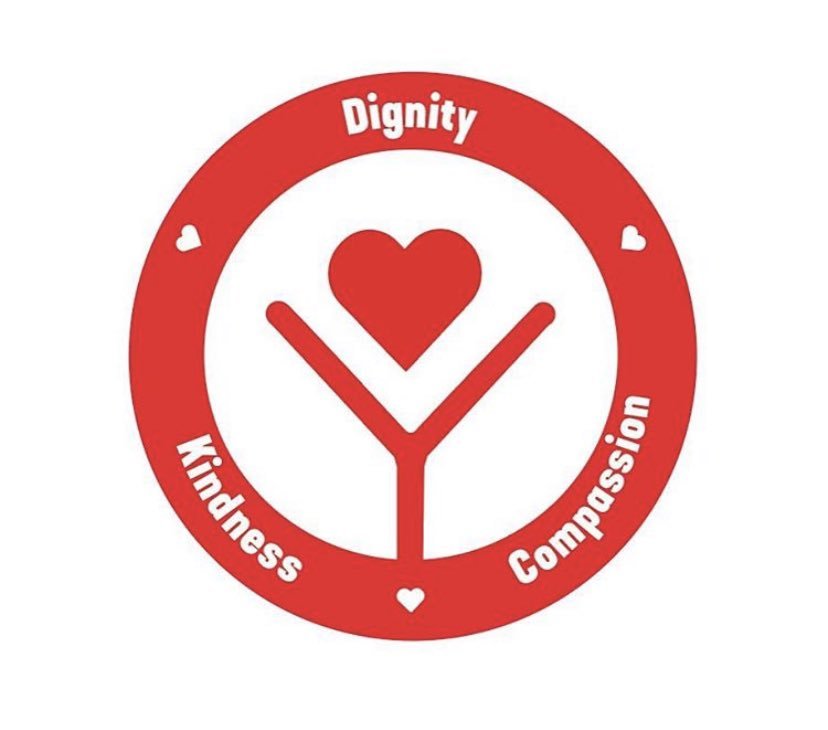 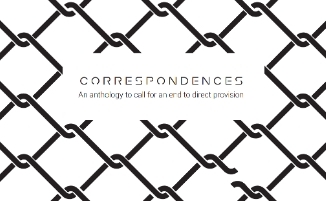 An anthology to call for an end to direct provision

Poet Jessica Traynor and actor Stephen Rea are calling for expressions of interest for inclusion in a once-off arts anthology to raise awareness of inhumanity of direct provision in Ireland, and to call for an end to a system that the Irish Human Rights and Equality Commission has called ‘a severe violation of human rights’.

They are now seeking expressions of interest from artists and writers working in the genres of prose, visual arts, journalism, essay, poetry and photography, and who have experienced or are experiencing direct provision in Ireland. It’s not required that the work submitted solely reflect the artists’ experiences in direct provision, but they would be interested to offer their readers a chance to learn more about the plight of asylum seekers in direct provision.

They may at a later date put out a general call, but at this time they are focusing on engaging with artists and writers who have experienced the above circumstances.

Those included in the anthology and engaging in the mentorship process will be paid a fee.

The anthology will be published in Autumn 2019, with all proceeds from the sale going to MASI.

Please send an expression of interest to correspondencesanthology@gmail.com including the following:
a. For writers, a 500 word extract or up to three poems
b. For visual artists or photographers, up to five images
c. A biography detailing your experience to date
d. An expression of whether you would like to offer mentorship to an aspiring artist, or to receive mentorship from a more established artist.

The submission deadline is the 28th February 2019.

Posted by Tipp Collective on behalf of Jessica Traynor. All enquiries to the above contact points.

To whom it may concern:

We at the Tipperary Feminist Collective are deeply concerned about RTE’s decision to include the views of Mr Graham Linehan in their upcoming programme about trans rights and the supposed “debate”.

There is no logical reason why a comedy writer should be invited on to a current affairs programme to discuss a topic they have no personal experience of and have no qualifications in.

Inviting someone who is not trans or who has no medical or psychiatric expertise in the subject means that their contribution is based on opinions and not lived experience or facts. This creates a dangerous false balance meaning that misinformation and potentially damaging rhetoric could be viewed as being equal to the factual content presented by those with expertise in the subject.

In the age of fake news and propaganda we rely on our media, and in this case our national broadcaster, to maintain a high level of service and to make sure that reporting on every topic is factual, respectful and more importantly protects vulnerable viewers.

As per the Broadcasting Authority of Ireland Code of Programme Standards (Section 42(2)(f)) broadcasters have a responsibility to protect audiences from harmful or offensive material. We are aware of Mr Linehan’s views of trans people and trans rights. We are aware that his views are harmful and offensive to the trans community. It is the responsibility of the broadcaster to protect the trans community from harmful and offensive views like those consistently and daily expressed by Mr Linehan.

Ireland has changed considerably over the last few years. We are now a more open, compassionate and understanding nation. As part of the Irish feminist movement we at the Tipperary Feminist Collective work with people from all parts of our society including the LGBTQI+ community. But as progressive as Ireland is we are concerned that the trans community is one which faces prejudice, discrimination and harassment.

Therefore we are asking RTE to reconsider their decision to have an anti-trans activist on their programme to discuss trans rights as this is not protecting their audience (as is their duty as a broadcaster); instead it is spreading hate which will do nothing but hurt the most vulnerable.

There are many aspects of trans rights that we need to discuss, including access to health care, discrimination in the law, societal attitudes, and how best to protect rights and increase understanding of trans issues. Treating Mr Linehan as a knowledgeable commentator will only fuel hatred and misrepresentation of trans lives. We call on RTE to reconsider. 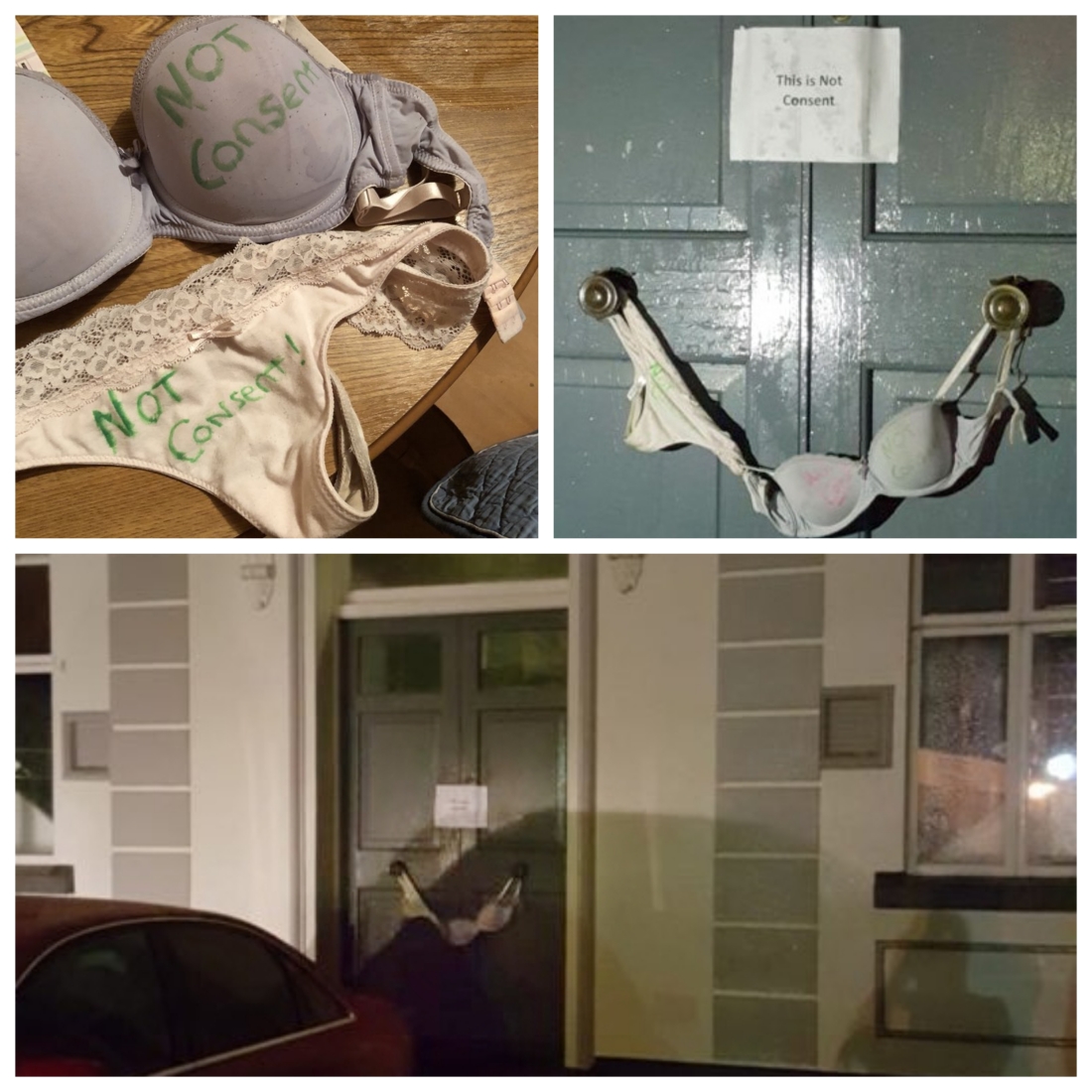 This is Not Consent

Last night the Tipperary Feminist Collective (TFC) placed items of women’s underwear on the doors of Cashel District Court in response to recent victim-blaming during rape trial proceedings at the Central Criminal Court in Cork.

Last week, a 27 year old man was found not guilty of raping a 17 year old girl. In the course of her closing arguments, senior counsel for the accused Elizabeth O’ Connell made the following remarks to the jury:

“Does the evidence out-rule the possibility that she was attracted to the defendant and was open to meeting someone and being with someone?” she asked, according to the Irish Examiner’s report.

“You have to look at the way she was dressed. She was wearing a thong with a lace front.”

While TFC accepts the verdict of the court and recognizes that we as the general public are not aware of all the facts of the case, we were – and continue to be – absolutely outraged at Ms. O’Connell’s remarks.

TFC accepts that every case turns on its facts and that these remarks may not have been the turning point of the case at hand. However, to suggest that consent may be inferred by what kind of underwear a woman is wearing is simply deplorable.

For the first time in the history of this State, a legal definition of consent (and several circumstances under which consent cannot be given) was introduced by the Criminal Law (Sexual Offences) Act 2017. That definition is as follows; “a person consents to a sexual act if he or she freely and voluntarily agrees in that act.” The Act further states that consent can be revoked at any time and furthermore “any failure or omission on the part of a person to offer resistance to an act does not of itself constitute consent to that act.” According to the law, what you wear, how you act and what your sexual past looks like should have no bearing on whether you have consented to sexual activity.

However, in practice these damaging tactics are still being used by defence lawyers in order to imply that previous sexual acts, interactions or dress style can be used to make assumptions about future behaviour and willingness to consent..

We are tired of victim blaming. Of slut shaming. Of rape culture. And we’re not the only ones. Across the country, men and women protested under the banner “#ThisIsNotConsent”. We stand in solidarity with the women who marched with their underwear of all shapes and sizes, colours and materials. We stand in solidarity with the victims and survivors of sexual assaults –  those who face an unsympathetic and aggressive court system and those who were unable to face such an ordeal – for it is those women who are on trial too. “Look at what you were wearing, look at how much you had to drink, look at how many people you’ve slept with” or to quote Ms. O’ Connell; “[you] were wearing a thong with a lace front.”

In September 2018, the terms of reference of a review of the investigation and prosecution of sexual offences in Ireland were published. The expert group is due to present a final report to the Minister of Justice by the end of the year. The Tipperary Feminist Collective urges this review group to take into account this week’s events and recommend new ways of trying sexual offences that do not retraumatise survivors of rape and assault.

To learn more, visit the FaceBook page of  Susan Dillon of I Believe Her Ireland: https://www.facebook.com/ibelieveherireland https://twitter.com/ibelieveher_ire?lang=en

If you have been affected by this story, please contact the Rape Crisis Centre Midwest on 061 311511.

The Tipperary Feminist Collective is an emerging community action group committed to bringing about social change for good in Tipperary. We recognise the diversity of humankind and are committed to the dismantling of the social, economic, physical and institutional barriers facing people due to multiple and intersecting layers of discrimination. Our aim is to build grassroots support for existing community groups and harness the power of ordinary people to bring about change.

All images are the property of Tipperary Feminist Collective and may be reproduced without licence or copyright.